In 1965, two more models were added to the 50 series. The 1250 was a Fiat model used to replace the former David Brown tractors. This Italian built model was just the first of many to be sold by Oliver. The 1550 was a 46 horsepower tractor designed just like the rest of the series. It was available as a Row Crop, Utility, or Wheatland model with a gas or diesel engine.

In 1967, Oliver introduced their new Fiat model, the 1450. This followed the same styling as the 1250 but used a 4-cylinder diesel engine.

That same year, Oliver introduced the 1950-T. Rated as a 7-8 plow tractor, this was Oliver’s first turbocharged model, and it replaced the 1950 with the GM engine. It was the first model to use the new Over/Under Hydraul-Shift.

The 2050 and 2150 were new models for 1968. These used a Hercules 6-cylinder diesel engine. The 2150 was a turbocharged model and used a larger clutch than the 2050. They were both available as the Row Crop, Wheatland, and Ricefield models. 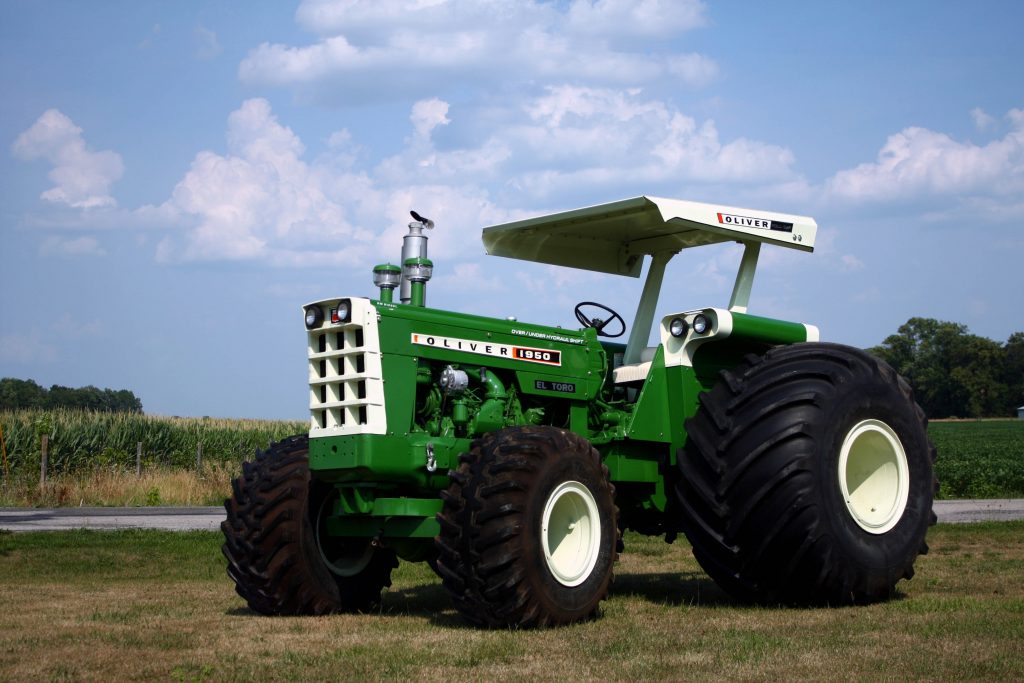